The Oriel Traditional Orchestra is a cross-border, intergenerational community orchestra whose members come primarily from Louth, Meath, Monaghan and Armagh. The OTO concentrates on Irish traditional music repertoire from the Oriel region arranged especially for the orchestra. The orchestra have performed locally in Co. Louth and at festivals in Cork and Cavan, as well as at Fleadh Cheoil na hÉireann in Drogheda. Their repertoire includes music from Meath born harper-composer Turlough O’Carolan, South Armagh fiddle player Josephine Keegan, and Louth composers Adéle Commins and Daithí Kearney.  They also perform music from Brian O’Kane from Ballybay, Co. Monaghan, which he performed with the Siamsa Céilí Band from Dundalk, as well as tunes from local collections.

The OTO performs repertoire from and inspired by the Oriel region with new compositions by members and local composers. To date, the repertoire has included music sourced to the Luke Donnellan collection, which formed part of Pádraigín Ní Uallacháin’s seminal study The Hidden Ulster (2003) and local fiddle player Gerry O’Connor’s MA dissertation at Dundalk Institute of Technology (2006). The orchestra also includes arrangements of the music of Turlough O’Carolan from Nobber, Co. Meath, as well as compositions by Brian O’Kane from Co. Monaghan and Josephine Keegan from Co. Armagh. The orchestra has also sought to include new compositions by its members and to date this has included a set from composers and directors Daithí Kearney and Adèle Commins from their album and collection A Louth Lilt (2017) and new tunes from members Philip McGuinness, Aine Scott, Kerrianne McArdle and Níall Hughes.  A new commission, The Oriel March (2019), was funded through the Department of Culture, Heritage and the Gaeltacht and featured in a film Performing Oriel’s Heritage (2021) with the Heritage Office of Louth County Council funded by Creative Ireland Louth.The group has also explored rich song traditions of the region and engaged in a number of song workshops funded by Seachtain na Gaeilge le Energia.

The Oriel Traditional Orchestra aims to: 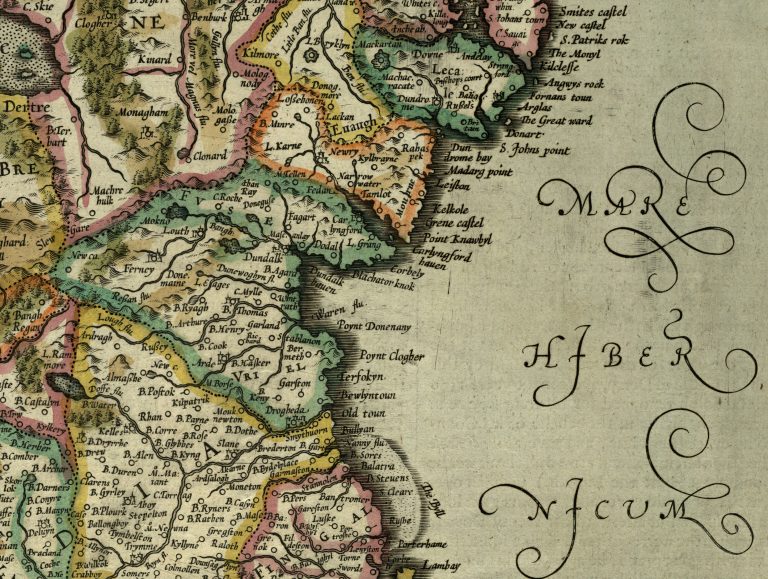 We are grateful to the Oireachtas Library for permission to use this map.